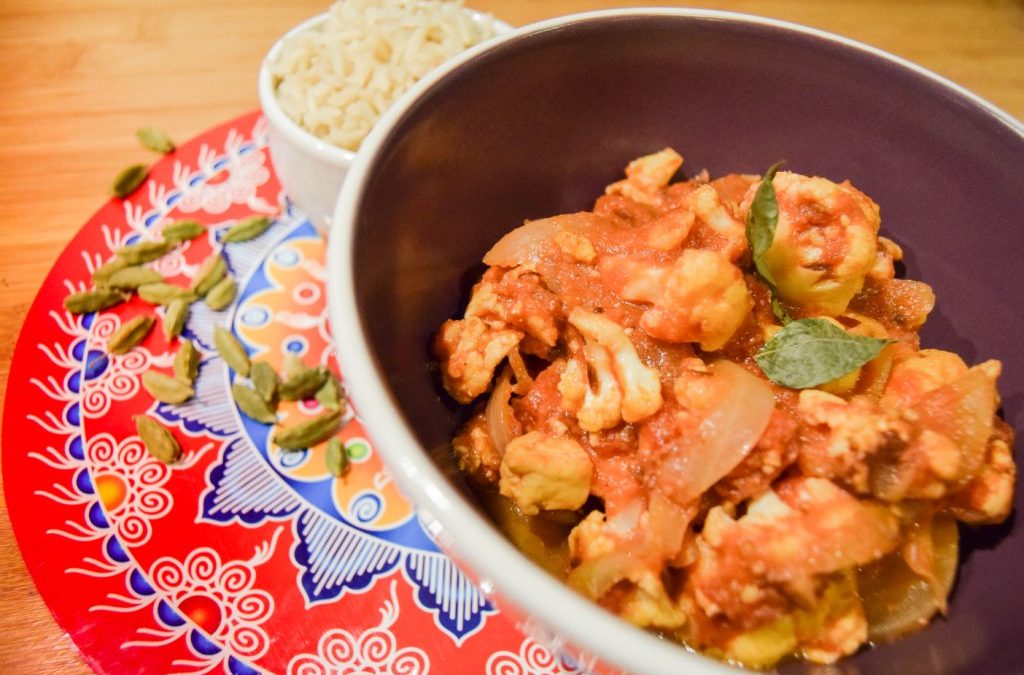 I still remember the moment of what I’d class as eating my first ‘proper’ Indian meal. It was December in 1997 on a cold wintery night at the end of a long, slow drive from London to Portsmouth. I’d arrived in the UK a few weeks before on the holiday of a lifetime. In fact, it was a holiday that changed the direction of my life as I decided to relocate from Australia to London at the end of it.

In the lead up to Christmas, my sister, brother-in-law, one of their housemates and I headed out on a roadtrip that included Portsmouth, Cornwall, Coventry, the Cotswolds, Inverness and the Isle of Skye. In hindsight this probably was a bit of a crazy itinerary, but I was keen to see lots of the UK – and compared to distances we were used to travelling in Australia, it seemed kind of reasonable.

Portsmouth was our first stop. It was late, and I was tired and hungry. The days were getting dark early and winter was a lot frostier than what I was used to in Perth. We decided to eat at an Indian restaurant near the hostel that we were staying in. The restaurant was brown and a bit dingy with very dated decor, but it was warm and smelled fantastic.

I’m not sure what else I had (there must have been pilau rice and naan involved), but I know the main course I chose was king prawn dhansak. It was a revelation to my mouth; the combination of zingy spices, and the thick gravy with tender lentils and juicy fat prawns was a delight. I was also VERY hungry, which always makes food taste better.

I was an immediate convert and made it my mission on the holiday to try out as many versions of prawn dhansak as I could. I’d never eaten this type of food back home, where eating out tended to be more based around Mediterranean, South East Asian or Chinese food. It was lots of fun expanding, and sometimes slightly exploding, my taste buds. An added bonus to someone travelling at the time of a very poor Australian exchange rate was that the price of Indian food was also very reasonable.

My growing love of Indian food

Since moving to the UK, my love of Indian food has only grown and it’s also something I enjoy cooking. The aroma of spices bursting through my kitchen as they warm in the pan, fluffy naans rising under the grill and the first piping hot mouthful of curry on a cold winter’s night is so satisfying. It’s therefore probably not surprising that when an opportunity came up recently to travel to India on an entrepreneur’s retreat (called Ashram), one of the things I was looking forward to was the food. As a non-meat eater, one of the very helpful things about Indian food is that there are lots of great vegetarian and vegan options. It makes life easier and also means you’re not just stuck with a goat’s cheese tart or risotto as an afterthought. Although I do eat seafood from time to time, I like to eat vegetarian food and am frustrated by the lack of creativity of what’s often offered. This was not an issue in India. Along with many combinations of pulses, I also found myself eating a lot of delicious paneer curries.

When I arrived back home, it seemed like a good way to make my amazing Indian retreat last a little longer (and help with any post-holiday blues) would be to have a go at making my own paneer. I was also given an amazing box of spices as a gift on leaving India, so I wanted to use these in a dish that would help me deal with coming back to the cold UK winter. The spices have also been making their way into my morning porridge, but that’s for a future recipe…

I’ve therefore created an ‘Ashram paneer curry’ using my lovely Indian gift spices. This is meant to be a simple and homely dish, rather than something that needs exact precision with the spice measures. Feel free to play around with the amounts and what you already have in the cupboard to make your own spice combination. If you want a stronger flavour add more ground cumin, or maybe try fennel seeds or fenugreek instead of cumin seeds. I’d love to hear any combinations that work really well.

I’ve left out fresh chilli in honour of one of our Ashram-ites who isn’t a fan of spicy food, but if I’m making this for my husband I’ll add in two! I’ve used my homemade paneer recipe, which is very simple to make and I’d definitely encourage you to give a go. However you can also buy paneer in most supermarkets these days. As we hit the last icy stretch of the UK winter hopefully this dish will help you stay a little warmer. Juice of half a lemon

50g creamed coconut (the block type, rather than the runny cream)

1/2 cup of whey (from homemade paneer recipe) or water

1. Gently warm the oil in a big frying pan or wok over a low to medium heat. Add the spice mix. Cook the spices until you start smelling their aroma being released and the mustard seeds start to pop.

2. Add the sliced onion, garlic and ginger to the pan. Cook for 10-15 minutes, so that everything is nicely caramelised. Add a splash of water if the pan is looking a bit dry.

3. Add in the cauliflower and paneer, gently stirring so as not to break up the paneer. Sprinkle over the lemon juice and ground cumin, and cook for another 5-10 minutes. A few nicely brown bits on the paneer and cauli will add to the flavour.

4. Pour over the tomatoes and whey or water, then add the creamed coconut and tamari soy sauce. Stir everything together and leave to simmer for about 10 minutes. You want the cauliflower to be just cooked without becoming mushy. Season with salt and pepper, and cook for another couple of minutes. Remove the cinnamon stick before serving.

5. Serve the paneer curry in a bowl that you can wrap your hands around to keep them warm, with a portion of brown basmati rice on the side.

– add a tablespoon of tamarind for a touch of tartness