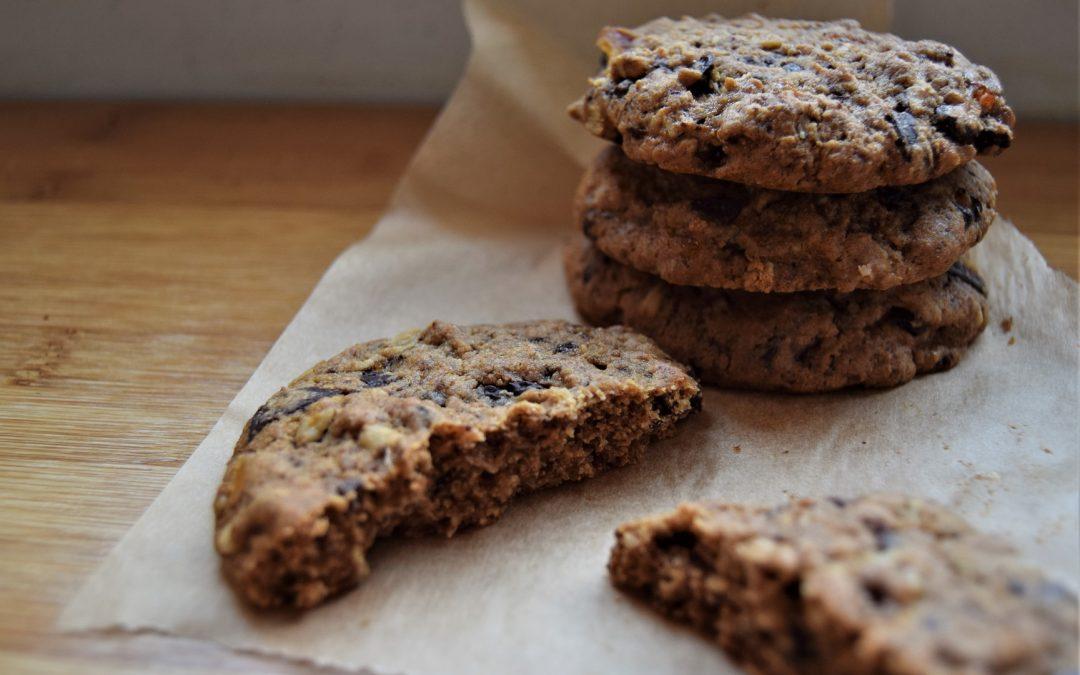 As this is the month of Valentine’s, I wanted to share a simple and tasty recipe that makes a lovely gift (for yourself or someone else!). Sometimes the greatest way you can show someone you care is by making something with your very own hands.

I love the bittersweet mix of dark chocolate and marmalade, as both have an extra depth to them which I think makes a perfect romantic partnership.

I also really enjoy the extra texture and bite of wholemeal spelt flour and oats in these cookies. They are great for dunking in tea or just enjoying on their own with a bit of piece and quiet. 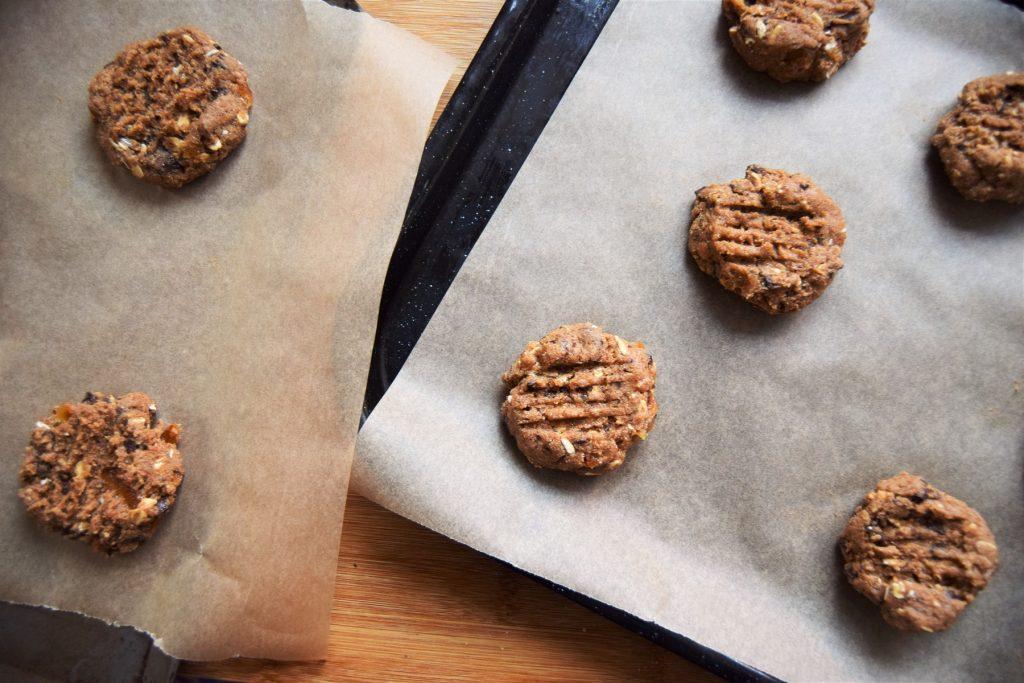 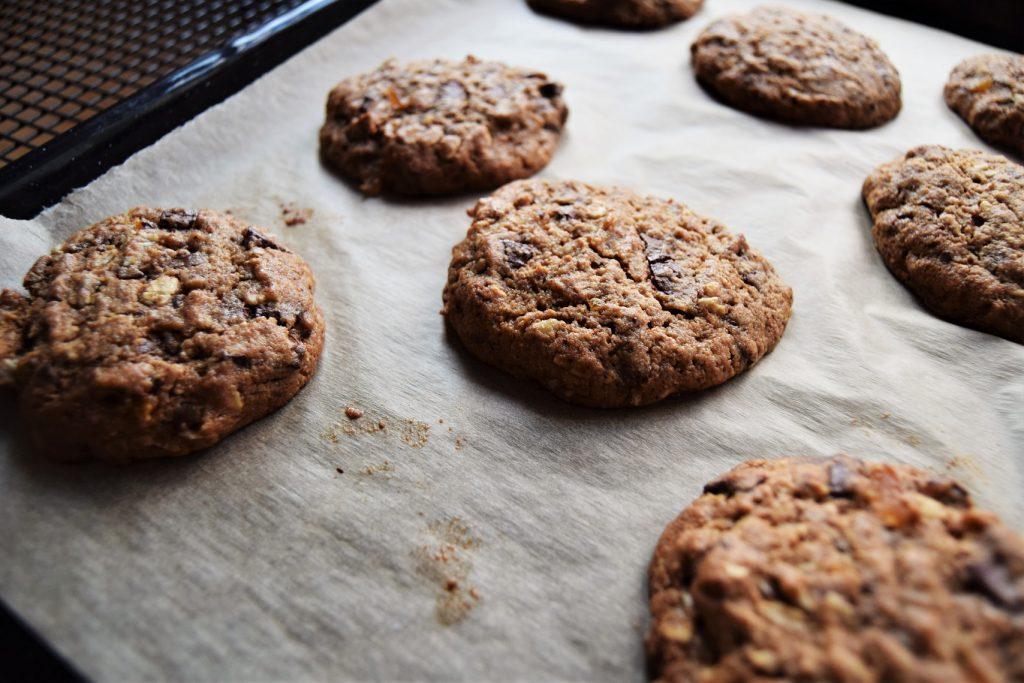 2. Pop the butter and sugar in a medium to large mixing bowl, and with an electric hand mixer or stand mixer, cream them together until they are nicely blended and a bit fluffy (it takes about 5 minutes). Break the egg into the creamed butter and beat again until the egg is completely combined.

3. Add the flour, baking powder and salt, and mix initially with a spoon until it starts to come together. Add the oats and dark chocolate, and stir again a little with the spoon, and then use your hands to bring the mixture a bit more together. Next, drop in the marmalade, and again use your hands to mix it in until you’ve formed a soft dough.

4. Take a little larger than golf ball size pieces of the dough, roll them into rough balls and place them on the tray. Lightly press the balls with the back of a fork to slightly flatten them. Put the trays in the oven and bake for 15-17 minutes, or until the outside of the cookies has started to just turn golden. Take the trays out of the oven and leave the cookies to cool on them for another 5 minutes. Carefully slide the cookies off the trays and put them on wire racks to cool completely.

The cookies will keep nicely for a few days in an airtight container (and actually taste better the day after as the flavour is intensfied!)

Some other flavour options:

– Add some spice with 1/2 tsp of chilli flakes

– Swap out 25g of the dark chocolate for cacao nibs

– For even more of a citrus hit, finely grate in the zest of half an orange 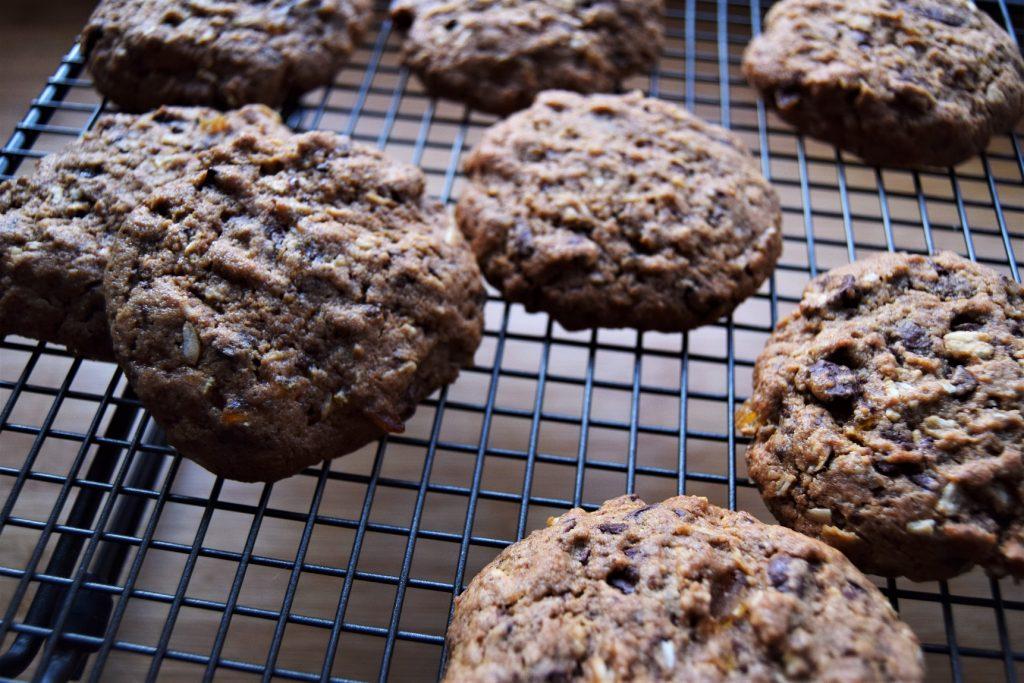