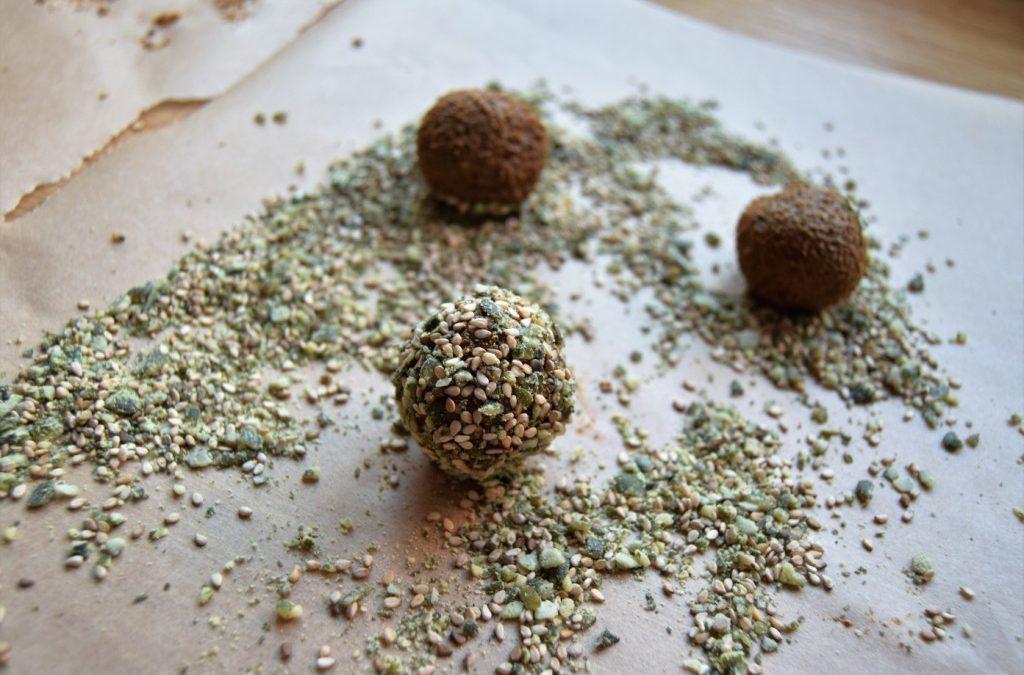 I love, love, love autumn. I look forward to the weather getting a little cooler as it’s perfect for long walks outside to look at the russet coloured leaves starting to cover the trees. There’s also something kind of fun about kicking up big piles of leaves (or is that just me?). It’s one of the many times that I feel lucky to be living in a kind of country-ish location and being surrounded by woods.

The colour of autumn also starts making its appearance in the shops at this time of the year, with pumpkins popping up left, right and centre – and not just the giant Halloween jack-o-lantern types. There are lots of ways to cook with pumpkin and butternut squash, and I particularly love roasted pumpkin soup (though it’s the pumpkin that’s roasted rather than the soup). Check out some of my pumpkin cooking tips if you want a little more pumpkin inspiration. This Halloween I wanted to try something a little different with pumpkin, so have used it in a sweet recipe. I was at a special Halloween event for Yelp last night doing some chocolate tasters, so it was a good opportunity to combine some Halloween and chocolate flavours. Rather than adding more chocolate, I used cacao powder and cacao nibs for the chocolate hit in the pumpkin cacao ball recipe (below) that I created for the evening.

Pumpkin and chocolate are a surprisingly tasty combination as pumpkin is naturally sweet, hence the popularity of pumpkin pie. If you roast pumpkin it enhances the sweetness even more. It’s also really nice with any orange citrus fruit – maybe it’s something about the colour match that makes it work? As we’re now fully into autumn, warming spices and aromas are also the order of the day. I get particularly generous with mixed spice, cinnamon and ginger at this time of the year. It works its way into my breakfast, baking and hot milky afternoon drinks.

I still think one of the most soothing things is sitting inside on a rainy day with my hands wrapped around a steaming mug of golden turmeric milk filled with spices. Oh, that and breathing in the smell of gingerbread cookies baking. Although I love warm weather and sunshine, these aromas are definitely more potent and comforting when the temperature cools down.

But back to pumpkin… I added ‘kapow’ to the name of my pumpkin cacao balls as they are full of lots of good protein from the pumpkin seeds, sesame seeds and linseeds. They also have good insoluble fibre and energy from the dates, along with a little extra energy kick from the cacao powder and cacao nibs. The overall texture is quite soft and almost mousse-y, rather than too solid.

My mum using to make something called rum balls when I was younger, which was essentially a tasty way of using up leftover cake, and the pumpkin cacao balls kind of reminded me of them. Very strangely, a person last night also mentioned something about them tasting like rum balls (she also isn’t from England).

The pumpkin cacao balls are of course very tasty on their own, but I broke a couple up into my morning porridge and they made a very nice addition. You could also make them into chocolate truffles by dipping them in good quality dark chocolate. One other alternative is an interesting pumpkin spiced drink: blend one with a little cacao powder and boiling water, and then top with the hot milk of your choice (oat milk would work well).

The tray of balls went very quickly when I put them out at last night’s event which I think is a good taste test, but I’d love to hear what you think if you give them a go. Happy Halloween, happy pumpkins and happy kapow! A drizzle of olive oil or coconut oil

1. Preheat your oven to 180°C (160°C fan). Chop open your pumpkin and scoop out the seeds. Cut it into wedges, put it into a baking dish and drizzle over a little oil to coat. Put in the oven and roast for 35-40 minutes. Shake the dish a few times to make sure the pumpkin cooks evenly; it should be nice and soft.

4. Next, put the cooled pumpkin flesh in the food processor and blend it until it’s smooth. Grate the zest of the clementine into the food processor bowl and then roughly chop the clementine pieces and drop in (remove any loose extra stringy bits of the white pith before you chop it up). Also add the mixed spice and pink salt, and blend everything until it’s well mixed.

5. Put your ground pumpkin seed paste back into the food processor, and blend (there are a few more blends to go). Now add the cacao powder and linseed, and pulse everything together so it’s nice and chocolatey looking. And for the final blend, add the cacao nibs and pulse. Scoop the mixture out of the food processor into a bowl, cover in cling film and put in the fridge for an hour or so to firm up (you can even leave the mixture overnight).

6. Stir the extra 25g of ‘crumbed’ pumpkin seeds and toasted sesame seeds together. Spread the mixture over a piece of baking parchment. Take teaspoons of the pumpkin cacao mixture and roll it into a ball, before dropping onto the seed sheet and rolling lightly to coat. This gets a bit sticky and fun – though I found it was easier to measure out all the mixture in scoops on one plate, shape them into balls and then coat them.

You can eat the pumpkin cacao balls straight away or store them in an airtight container in the fridge for 3-4 days.

– use tahini instead of ground pumpkin seeds in the main mixture

– instead of cacao powder, blend the pumpkin flesh while its hot and drop in some dark chocolate: let it melt slightly and then blend the chocolate in with the pumpkin (let the mixture cool before adding other ingredients)

– use blood orange instead of clementine

If you’re interested in exploring more seasonal flavours and interesting combinations, check out my upcoming reflective cooking and tasting workshops 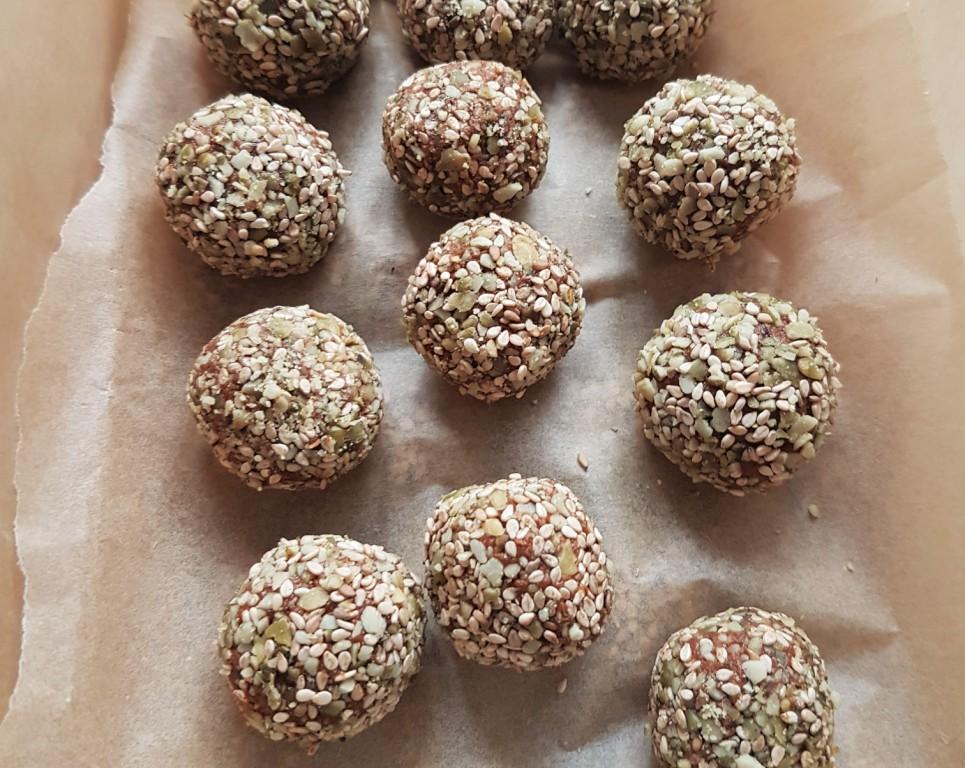 3 quick healthy meals for ‘lazy cook’ days: what I cook when I can’t be bothered cooking