Cacao vs Cocoa: what’s the difference? 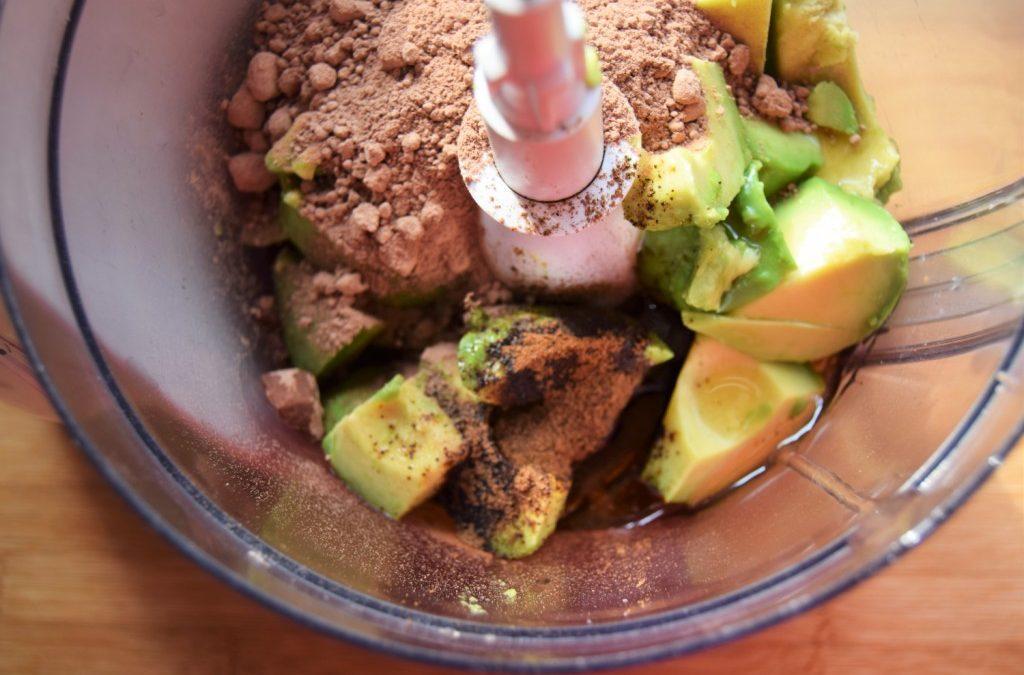 One of the most common questions I get asked in my baking and chocolate workshops is “what’s the difference between cacao powder and cocoa powder?”. I thought it would be worth writing an answer on this cacao vs cocoa question as there are differences both in how they are produced, as well as how they taste.

Essentially, cacao is less processed than cocoa, and the taste is a little distinct (though similar). However, both have nutritional benefits and a nice chocolaty taste. I personally prefer to use cacao as I like to keep my ingredients as unprocessed as possible, but I will also use cocoa from time to time.

There’s also a slight ulterior motive for the timing of this article: as it’s October, it’s a bit of a chocolate-themed month for me. Chocolate Week happens mid-month, including The Chocolate Show on 14th – 16th in London. I also have two Experimental Chocolate Club workshops later in the month, which includes some cacao.

But back to the big question of cacao vs cocoa: what’s the actual difference?

Cacao vs Cocoa: what’s in a name? 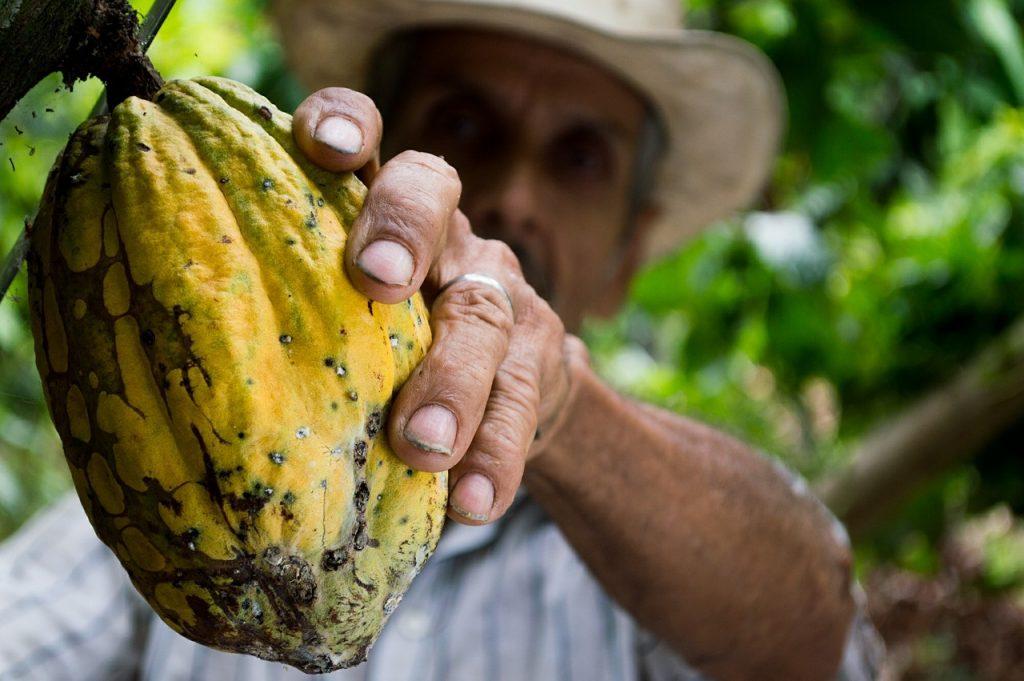 The difference between cacao and cocoa is more than just a few letters. It’s mainly to do with the level of processing involved. They both start out in the same way: cacao beans. And the quality of the beans determines the quality of the end product, whether it be cacao or cocoa.

These beans are actually seeds from cacao pods which have been fermented and dried. Because of this, both also have the associated health and nutritional benefits of cacao – though one is more potent than the other. If you’re looking at things purely from an antioxidant perspective, cacao tends to have a higher level of goodness (usually assessed using ORAC measurement).

This is in part because of the way cacao vs cocoa is produced. In the case of cocoa, the beans are roasted. In contrast, cacao powder is often ‘raw’ so the beans are normally sun-dried rather roasted (though this isn’t always the case). Because of this, they retain more of their nutrients.

Now, there’s a bit of controversy about the actual rawness of cacao beans as when fermenting the temperature may actually go above the minimum ‘raw’ temperature. Also, roasting beans kills off some potentially dangerous bacteria and can enhance their flavour. If you’re going raw, buy your cacao from a reputable source to be sure that beans have been sourced carefully and tested for levels of bacteria. Some good brands include Naturya and Big Tree Farms.

The other big difference between cacao and cocoa is that an alkaliser is added in the production of cocoa. To balance the natural acidity of the taste of cacao, the beans are washed with a potassium solution before being pressed into a powder.

Cacao vs Cocoa: the taste difference

It’s not just about how it’s made; there is actually a difference in taste when considering cacao vs cocoa. Because of the alkalising process used for cocoa production, the natural acidity is balanced and it therefore becomes a bit more mellow.

In contrast, cacao retains more of the natural cacao bean taste. For me, this makes it a bit more interesting and more chocolaty. However you’ll also need to balance the taste a bit more with sweetness and other flavours. I also think if you’re making uncooked desserts or something like protein snack balls, cacao is a better option tastewise (but again this is really personal preference).

That said, if you’ve got cocoa go ahead and use it – which leads neatly on to the next question…

Cacao vs Cocoa: can you substitute one for the other? The short answer is yes. I interchange the two when baking. If I’ve run out of cacao, I’ll use cocoa instead.

I tend to use just a bit less cacao vs cocoa as I find it absorbs more liquid and also has a stronger taste (but that might just be the brands I use). Cacao also seems to be more of a fine powder which I suspect another reason more liquid is absorbed. A little really does go a long way and 1-2 tablespoons is enough to give dishes a rich chocolate taste.

I’ve also discovered through some extra reading that if you’re cooking with cocoa and need a raising agent in your baking, you’ll need to use baking powder as baking soda won’t always react properly with alkalised cocoa. If you’re making a hot chocolate drink or adding it to smoothies and raw desserts, a direct substitute is fine.

Where can you buy it?

As with all food, I always recommend buying the best you can afford. This is especially important when it comes to anything chocolate related. Paying extra normally (but not always!) means that the beans have been more responsibly and sustainably produced, and that farmers have been paid fairly.

A good starting point is to choose Fairtrade and organic, but as you become more experienced, look into specific brands and how their production methods.

Cocoa powder is pretty commonplace in supermarkets. Try to go for organic if you can and check the packaging to make sure there’s nothing other than cocoa in there (e.g. sugar). My go-to cocoa brand is Green & Black’s.

Depending on where you live, cacao may not be quite so easy to get hold of. In the UK, you can get buy it in Holland & Barret, some supermarkets and most independent health food stores. I quite often buy mine online from online health food stores and I’m also a fan of Aduna’s Super-Cacao.

Cacao vs Cocoa: In summary…

Using cacao or cocoa powder is a great way to bring a deep chocolate flavour to your baking and desserts. However, cacao is less processed, particularly as the production of cocoa involves the use of an alkalising solution. Cacao powder also retains higher levels of nutrients. For my palate, it gives a slightly more interesting and authentically chocolaty taste.

However it all depends on the quality of the cacao beans, which is where both cacao and cocoa powder start out. Look for sustainably produced products where you can and explore some different brands to find the one that suits your taste.

And if you have any burning questions on cacao vs cocoa, please pop them in the comments below.

Check out my Slow Chocolate Kit

…plus some cacao recipes

If you’d like to some more cacao inspiration, check out my following recipes: Easter’s over, but there’s still time to enjoy chocolate stout